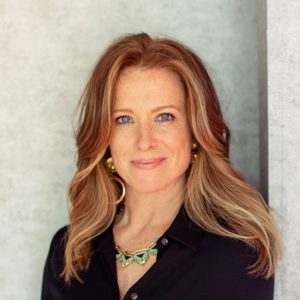 Kelly Croce Sorg, an expert in white womanhood, grew up über-privileged as the daughter of an NBA team owner. Her father lived the rags-to-riches story of the white American Dream, and her mom, a homemaker, raised the kids while her dad focused on numerous entrepreneurial ventures. After graduating college, Kelly’s adult life looked a lot like those of her white friends and family. She worked in public relations, and then followed in her dad’s footsteps by working in a variety of entrepreneurial businesses. Ask most white women her age, and they would tell you Kelly had it all. Still, throughout her adult life, Kelly constantly sought self-improvement yet it wasn’t until her bestie, Aurora Archer, gifted Kelly the book “White Fragility” that she found the path she was seeking. Kelly realized she wasn’t as “woke” as she thought she was, and after numerous heart-to-hearts with Aurora, Kelly opted in to examining her white identity as a way to claim her own humanity. She is now co-founder of The Opt-In, where she continues to learn while engaging in the uncomfortable, but necessary, conversations about race with her co-host Aurora, in what she calls a love letter to her white friends and family, advocating that they can all do better, herself included.