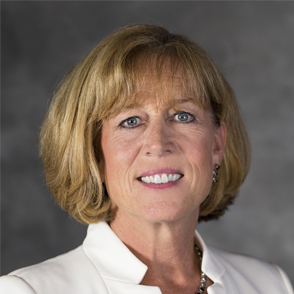 Jeanie Heffernan leads the People Strategy for Independence Health Group (Independence). In this role, she helps the organization attract and develop talent; advance a culture of engagement, inclusion, and innovation; and achieve business strategy and goals.

Ms. Heffernan began leading human resources at Independence in 2011, with 25 years of experience in multiple business sectors, including health care insurance, technology, and banking. Previously, she was senior vice president of human resources for Keystone Mercy/AmeriHealth Mercy Health plans, now known as AmeriHealth Caritas. Prior to that, she was the chief people officer for Coretech Consulting Group, an IT staffing and project solutions company, and a vice president at CoreStates Financial Corporation.

Ms. Heffernan has been active in the nonprofit arena throughout her career. She currently serves on the board of Graduate! Philadelphia and previously was on the boards of the People’s Emergency Center and The Veterans Group. She also has been an active volunteer with Rebuilding Together Philadelphia for more than a decade.