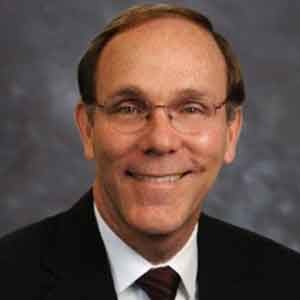 Clayton Fitzhugh joined Thomas Jefferson University and Jefferson Health in July,2019 as the Interim Executive Vice President and Chief Human Resources Officer. After a national search was completed, Clayton was named to the position on a permanent basis in February,2020. He is focused on positioning HR to strategically align with the organization’s operating imperatives, delivering results and ensuring Jefferson is poised to recruit, retain and develop a highly talented and diverse workforce.

Clayton previously served as the Executive Vice President System Services and Chief Human Resources Officer for Trinity Health where he was responsible for IT, Supply Chain, Performance Improvement and HR. Trinity Health employs more than121,000 colleagues in 21 states and is one of the largest health care systems in the nation. As a member of the Executive Leadership team, he worked closely with his peers to develop operating strategies that led the organization to achieving its performance objectives.

Prior to this, Clayton held roles as the Vice President of Corporate Development and Quality Services for Freese and Nichols Engineering Firm located in Fort Worth, Texas, and as the Director of Worldwide Quality for York International. In these positions, Clayton was responsible for all Quality efforts, including ISO Certification, Black Belt and Statistical Process Control for manufacturing and staff groups.

Clayton began his career at Florida Power & Light Company (FPL) in 1984, where he held a number of positions, including Principal Quality Specialist, Customer Service and Sales Manager, and Corporate Training Coordinator. As a member of the Quality Improvement department, he played an active role in helping FPL become the first non-Japanese company to win the coveted Deming Prize.

A graduate of Hyles-Anderson College in Crown Point, Indiana, Clayton served two years as a member of the Board of Examiners for the Malcolm Baldrige National Quality Award. He has supported numerous community and civic affairs efforts and enjoys spending time with his family, particularly his four grandchildren.